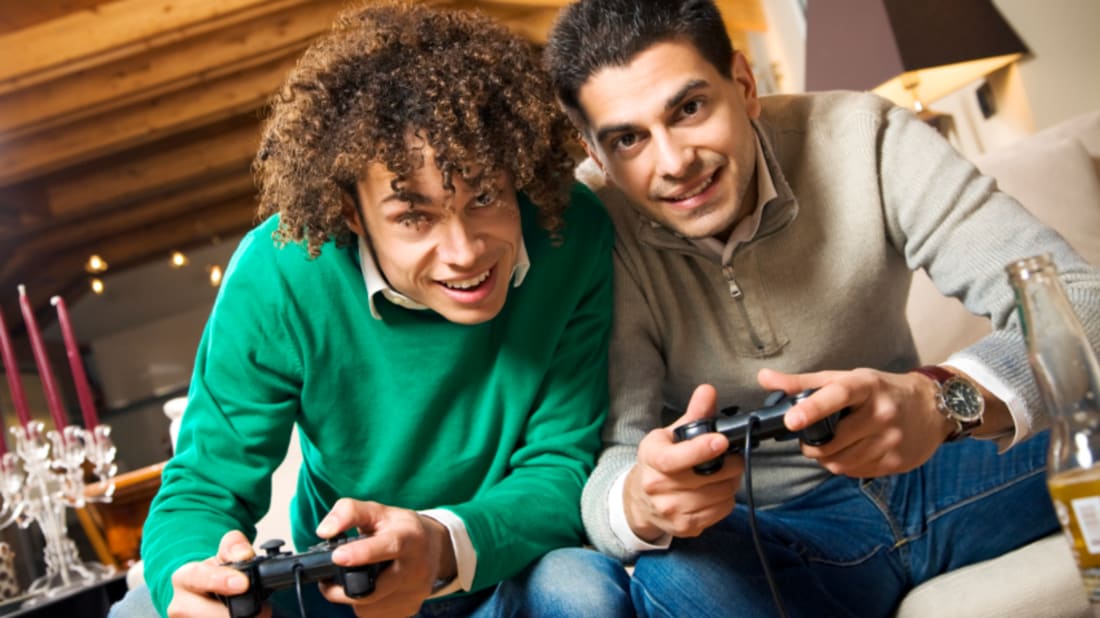 Advancement in game design and technology

Playing a game can be defined as an activity that someone engages in for amusement. We play games because it’s fun; it increases brain function, practices cognitive skills and releases serotonin, the happy chemical. As technology has advanced, the thrill and allure of playing games has only increased, with more visual stimulus, creativity, and satisfaction.

3D scanning and facial recognition technology allows systems to actually create your likeness in the gaming world (so you can create a custom avatar that looks just like you), or to inventively transfer your own expressions to other digital creations. On top of that, the Intel® RealSense™ 3D camera could allow developers to create games that adapt to the emotions of the gamer by scanning 78 different points on a person’s face. For example, a few grimaces at your game screen means the system would dial down the game’s difficulty instantly.

Too lazy to pick up that controller? No problem! Voice controlled gaming has been around for a while, but the potential of using the technology in gaming systems has finally caught up to reality—computers are now able to easily recognize voice commands from the user. Not only can you turn the console on and off using this tech, but you can also use voice commands to control gameplay, interact on social media, play selections from your media library, or search the web, all by simply talking to your gaming system.

Or, get rid of your controller altogether! Intel RealSense technology allows you to play first person shooter games—or simply interact with your device—with just a few waves of your hand. Using a 3D camera that tracks 22 separate points in your hand, gesture control allows users to connect with their gaming experience by using the natural movements of your body. For example, the game Warrior Wave employs RealSense technology so you can use your hand (the outline of which shows up on the screen) to lead a group of Ancient Greek soldiers to safety.

We’ve come a long way from the days of basic 8-bit graphics in gaming. Cutting edge advancements now allow gamers to experience games in fully rendered worlds with photo realistic textures. The ability to increase playability with higher image quality makes it seem like you’re right inside the game.

Though many virtual reality gaming consoles haven’t been commercially released as of yet, those developing VR headset displays are poised to grant gamers a fully immersive gaming experience the likes of which nobody has seen before. You’ll actually be able to lose yourself in the game before you come back to reality.

With the advent of smartphones, the gaming experience has been taken out of the arcade and the living room and put into the palm of your hand. As evidenced by the countless people on your morning train commute huddled over games on their devices, mobile technology has made the love of digital gaming spread beyond hardcore console-consumers and online gamers.

It is inarguably a good thing that videogames are being made and played by a larger and wider spectrum of people than ever before. From the millions of commuters engrossed by Threes and Candy Crush Saga to the small communities exploring gender, identity and sexuality issues through visual novels, there are more voices, more points of view and more opportunities to see heroes like you being available and controllable on screen.

A vital element of entertainment is representation. Sometimes we just want escapism, but sometimes we need to see characters who look like us, who love the people we do, who do things we could imagine ourselves doing. This has been the case from Greek tragedy to modern cinema – the screen, like the stage, is a mirror as well as a window. It is beautiful that this is happening in games. We still get to play Wolfenstein, Call of Duty and Hitman.

9.  The exploration of new themes

A lot of the people who make the games are getting older, wiser and more thoughtful, and their projects are reflecting that. At the same time, new people are entering the medium who intrinsically understand games as a form of self-expression, rather than just as entertainment products. In the past decade this has led to shifts in the meta-narratives of games, away from the sexist trope of saving the princess, and towards more complex ideas of redemption, guilt and self-discovery. Titles such as Bioshock, The Last of Us, Life is Strange, Spec Ops: The Line, Heavy Rain and Valiant Hearts have all explored dark, difficult themes while also making us feel part of the action. You can go to Steam and download a sci-fi blast-’em-up or an autobiographical game about a teenage girl’s first online relationship. One of this week’s most tweeted about games involves an annoying goose. That’s pretty amazing.

In the past, if you wanted to make your own Doom levels, you had to be technically literate and highly committed. Then along came games such as LittleBigPlanet, Super Mario Maker, Minecraft and The Sims and user creativity rose to the forefront as vast communities grew up around building and sharing content.

Games are no longer to be consumed and discarded, many have become universal creative workshops. At the same time, emergent broadcast platforms YouTube and Twitch have allowed a new form of entertainment – the “let’s play” video – to flourish, providing fresh ways for fans to share their experiences and to entertain. OK, that’s been problematic at times (see the ongoing PewDiePie controversy), but it’s made the idea of spectating games – further boosted by the eSports phenomenon – seem … not weird.

Instead of creating video game systems that require more powerful hardware, developers are looking to lighten the load with the cloud. Games no longer need be limited by the amount of memory that discs or consoles have to offer. Using the cloud opens games up to massive server-size limits where images are streamed to your screen through the Internet.

Gamers can already watch and share live-streams of games, but what about playing them? Much like similar movie streaming services, the ability to stream video games is becoming more and more a reality, and it could lead game developers both big and small to compete for gaming glory.

When everything around the world today is portable then how come gaming is left behind? Yes, nowadays the gaming consoles are made miniaturized so that they are transported easily.

Now, people can play games anywhere and at any time. So, you need not have a big TV screen or a console to play the game. Just switch on the game in your device and start having the fun and entertainment. The smartphone is the most common device that can actually support portability in a better and efficient manner.

Whether it’s smartwatches or glasses, wearable games make gaming portable without being too invasive. Companies that started by using wearable technology for fitness applications are now aiming to incorporate entertainment into the mix as well. Wearables aren’t only extensions of your body, but also extensions of the gaming consoles you know and love.

14.  The rise of open-world game design

Yes, there were open-world games before 2004, but the era of Grand Theft Auto IV and V, Assassin’s Creed, Far Cry, Saint’s Row, Skyrim and Witcher has seen the whole philosophy of level design evolve from highly prescriptive linear experiences to the provision of playful experimental spaces.

To this end, it’s worth reading Kate Gray’s feature on the genius of Legend of Zelda: Breath of the Wild as well as this piece by Robert Yang on spatial composition. But essentially, open-world games have encouraged players to be more curious, creative, adventurous and collaborative and that’s been amazing to watch.