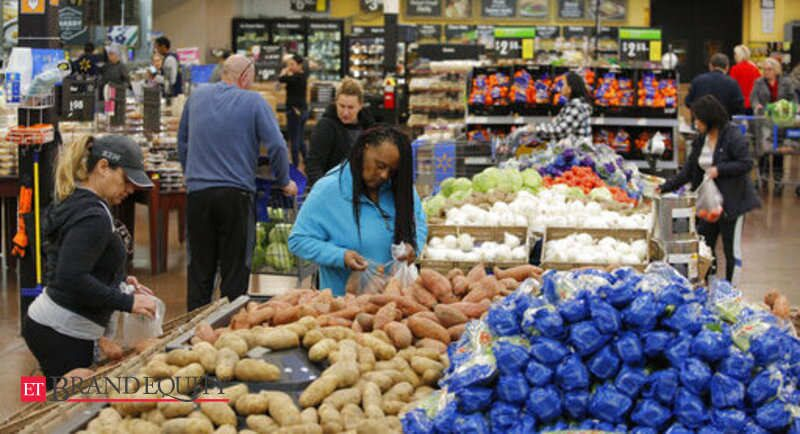 There are several possible explanations for this disparity in attitude.

In Australia, COVID-19 is accelerating adoption of e-commerce overall and, in particular, among people 52 years old or older,the cohort we identify as “baby boomers .We also see consumers buying online in an expanding number of categories, with one in five Australians having bought a product or service online in at least one new (to them) category in the four

Considerable diversity is evident in the categories that Australians are buying digitally for the first time, with both essential and nonessential categories appearing in the top 12 “first-ever digitally purchased” category list.

In Australia, we have seen the trustworthiness scores of health service providers, supermarkets, and the government improve because of their welcome actions in support of consumers during this difficult time introducing such measures as drive-through testing facilities, telehealth services, and pickup and delivery services for older customers at supermarkets and their proactive messaging about those actions.

We have also seen indications that patriotism is increasing remarkably in Australia, as consumers express more interest in purchasing Australian brands despite those products often higher prices, perhaps motivated by a stronger inclination to support businesses that may be negatively impacted close to home.As we continue to explore the impact of COVID-19 on consumer sentiment, it will be interesting to see whether this form of patriotism prevails in other countries as well.

The COVID-19 pandemic has accelerated the use of digital and e-commerce options across the Asia-Pacific set of countries we are tracking, opening up new opportunities for companies to engage with.

The situation may also create branding opportunities to build brand trust during the difficult days of COVID-19 through actions perceived as supporting or activating growth in local brands,  in light of a potential surge in patriotism.

Although COVID-19 continues to exert a significant drag on many businesses’ bottom lines, the prospect of opportunity out of adversity is very real.

As in all parts of the world where the level of digital connectedness is high, the internet, social media, and online influencers (people seen as experts in a given area) have a big impact on GCC consumers’ buying decisions. The internet is one of the top three buying influences in every country except Oman, with people in Kuwait (92%) and Bahrain (88%) especially likely to turn to it in the course of making a purchase. The two other sources of influence that remain important are recommendations from friends and family (the second most frequent source of influence, right behind the internet) as well as in-store displays and promotions.

To consider GCC countries’ state of development in these areas is to acknowledge the gap all of them have between potential (digitally influenced) and realized e-commerce.From the attitude of digital influence, four GCC countries fit into the foremost advanced category that BCG uses: digitally evolved. Three of these countries (Bahrain, Saudi Arabia, and the UAE) also have e-commerce levels that qualify them as digitally advancing (BCG’s second-most-advanced category). But even these countries have less e-commerce than Brazil and India.

Theoretically, product categories with high levels of digital influence should even have high levels of e-commerce. But within the GCC, that tie is clear only within the aviation and clothing categories. An opportunity exists for other categories including holiday bookings, mobile phones, and personal-computing devices to achieve much higher levels of online sales if online retailers offer better presale guarantees and after-sale service.

The survey highlights three impediments to e-commerce in the GCC.

In contrast, higher-income and more experienced internet users (those who have been online for six years or longer) prefer methods other than COD. This finding suggests that online payments will become more routine as time goes on. Indeed, some online sellers, trying to nudge their GCC customers toward the cashless future, have added a surcharge for COD transactions.

Online shopping also has some reputational hurdles to overcome. A not insignificant number of people in the GCC (including four of five in Bahrain) see online shopping as unsafe,something that could put their personal information at risk.

One in five GCC residents also said that too many products sold online are fake or of bad quality. No one wants to shop for cosmetics or foodstuff with unknown ingredients or open a package and realize that the phone they thought they were buying is actually a used model that the seller has restored.

The early stage of e-commerce within the GCC is additionally reflected within the absence of a dominant format. Marketplace platforms (such as Amazon and the e-commerce company Noon.com) are the go-to choice for online shoppers in Oman, Saudi Arabia, and the UAE. People in Bahrain and Kuwait prefer social media sites like Facebook and Instagram, where they will buy directly from individuals. In Qatar, brand websites (such as nike.com and apple.com) are the first choice of online shoppers. But in none of these countries does the number one format have an insurmountable lead. All the markets are still waiting for a clear direction waiting, it might be said, for a leader to come along.

Significant changes are happening in the region’s retail and consumer landscape. This is evident in the entertainment and cultural attractions that continue to crop up in countries like Saudi Arabia, Qatar, and the UAE, from movie theaters to museums. Expo 2020 in Dubai and the FIFA World Cup two years later in Doha will draw millions of tourists to the region. It is a possible boom time for the region’s tourist industry.

One of the biggest boosts is coming from Saudi Arabia. For the first time in its history, Saudi Arabia is issuing tourist visas. The country is taking steps to show its rich history, just like the ancient dig Madain Saleh, into tourist attractions. While tons of leisure travel occurs within the GCC and between other countries and therefore the Middle East , the change in Saudi Arabia all by itself promises to sharply increase the competition for tourists and their retail spending.

Even the GCC’s slow-developing e-commerce sector seems poised for a breakout. The challenges in the sector, stemming both from structural impediments and from a lack of consumer trust, won’t be overcome right away. But with players such as Amazon and Noon.com ramping up their investments in the GCC, it’s only a matter of time given the amount of internet and mobile use in the region before e-commerce levels rise significantly.