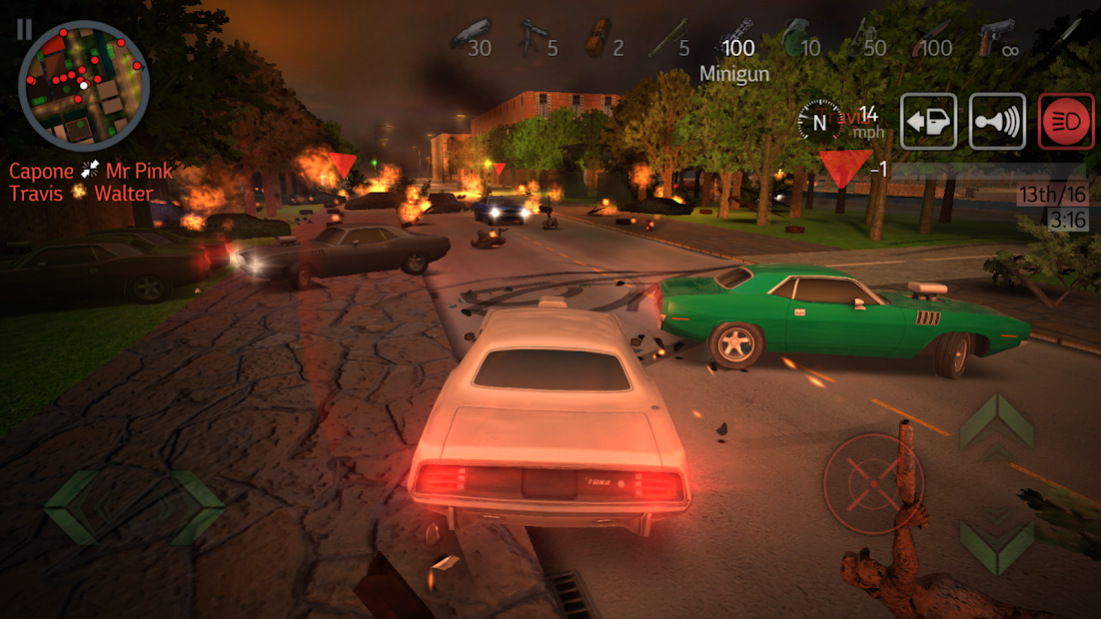 The original Payback game was released in 2009, and focused on single-player gameplay.[6] In creating the sequel, Payback 2, the team decided to change things up, including dropping the original’s game engine in favor of one creating better graphics, and putting a new emphasis in multiplayer gameplay

When it was released, TouchArcade praised the game for being a competent Grand Theft Auto clone, but criticized its lack of a story.Slide2Play was less enthusiastic, claiming that the game “still has issues with its basic design. Winning a race is literally as easy as pushing forward,it’s hard to target the (other) bad guys in the game’s on-foot shooting mission.Shooting is also made difficult by the fact that everybody on-screen is tiny and seems to blend in with the dull environments.”Multiple journalists noted having issues connecting, or finding, people to play with online as well.However, lots of these issues have been fixed by now.