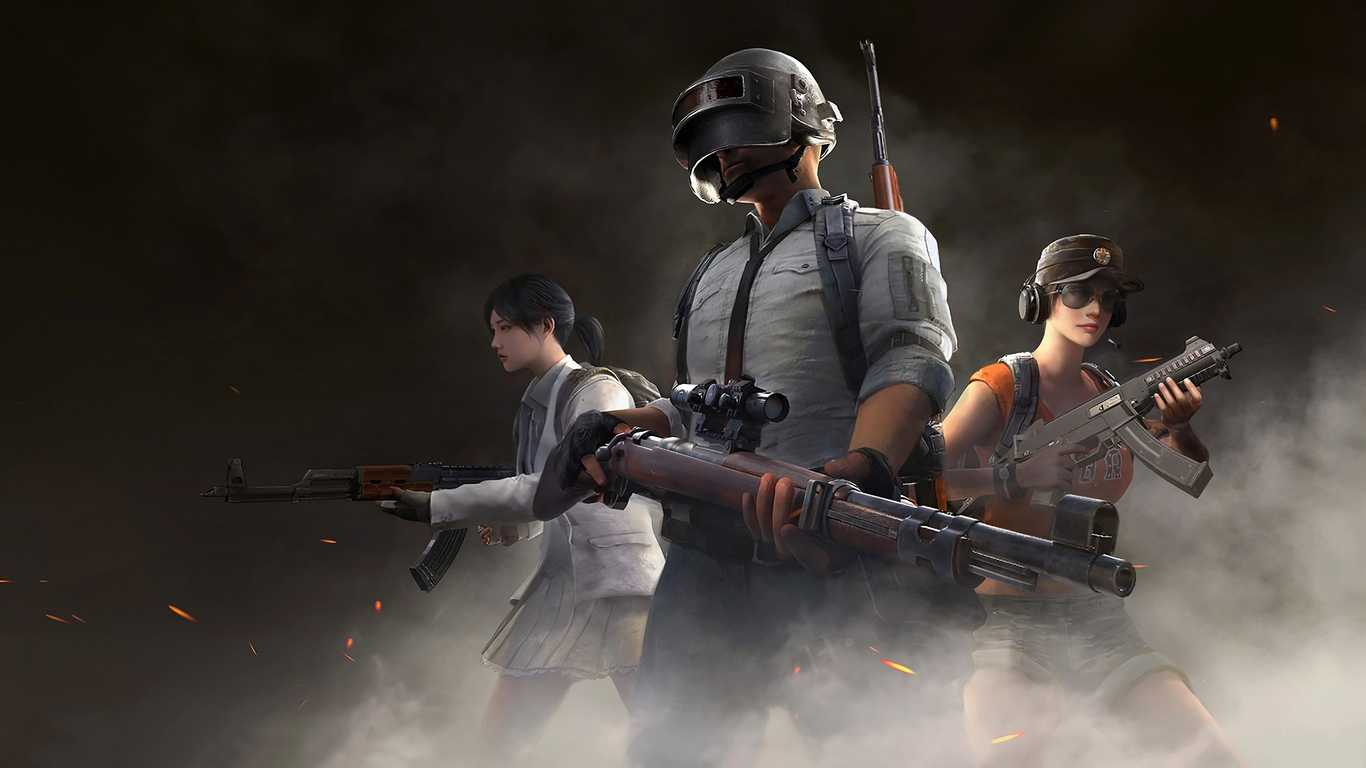 Mobile esports in 2020 is on track to be bigger and better than ever before. Already across the world, millions of people use their smartphones and tablets to play titles like PUBG Mobile, Hearthstone, and Call of Duty. And while it isn’t nearly as popular in English speaking markets as it is in Asia, there is no doubt that it’s growing at a phenomenal rate, and why not?

As mobile devices get more powerful, the games not only look great but have many of the same functions and game modes as their big brothers on PC and console. And did we mention most of the mobile games are free? Sure you can sink some money into skins or loot crates, but no in-game purchases affect the competitive integrity of the games.What’s more, mobile esports tournaments are huge. PUBG Mobile recently held the PUBG Mobile Club Open, a $475,000 tournament with its Grand Finals taking place in Kuala Lumpur, Malaysia. This tournament was a genuinely global affair – an Indonesian team won it and the top 10 included teams from Argentina, Russia, India, Thailand, and the United States.

The PUBG Mobile Club Open (PMCO) 2019 was a huge success in terms of engagement and viewership. The Spring Split Global final was the most-watched event of the year for the game, peaking at 596,824 viewers and had a concurrent viewership of 221,491. Of course, carrying this momentum forward in 2020 was a no-brainer for Tencent.

The PMCO will continue in 2020 along with the PUBG Mobile World League. The total prize pool for the year is estimated to be over $5 million. This makes the game the biggest mobile esport in terms of prize money (excluding in China).

PUBG Mobile esports in 2020 will have ample opportunities for all with campus championships for amateur players, along with the PMCO and World League for semi-pro and professional players. The PUBG Mobile Pro League will also be launching next year in the Americas, South Asia, and Southeast Asia, ensuring year-long events for fans to look forward to.

Blizzard’s Hearthstone may not have the same numbers of players it had in its heyday, but when it comes to tabletop card games it takes some beating. The mobile version is a carbon copy of its PC counterpart. You can log into your Hearthstone account on mobile and all your decks will still be right there, meaning you can progress, play, and compete no matter where you are.

The slower-paced nature of the game lends itself to mobile and Blizzard have done a great job taking all the world-class assets from the PC version, like the sound effects and voice-overs for characters, and bringing them to mobile.

The esport scene is still strong. It made the headlines recently when female gamer Xiaomeng “VKLiooon” Li won the Hearthstone Global Games at Blizzcon 2019, taking home $200,000 and becoming a role model for millions of women around the world who dream of a career in esports.

Brawl Stars is among the new games to step into esports. The MOBA has been developed by Supercell, which boasts other mobile esports titles like Clash Royale and Clash of Clans.

While the game received a large number of community tournaments since its global release last year, the first Supercell supported event—the Brawl Stars World Finals 2019—was held in November. The event attracted 93,989 viewers at its peak and had an average viewership of 28,694 people, according to Esports Charts.

For 2020, Supercell announced the Brawl Stars Championship. It’ll feature monthly online and offline events that will grant qualification points toward the World Finals, which will be held in the fall of 2020. The overall prize pool for the championship is $1 million. Fans can contribute an additional $500,000 to the growing prize pool by purchasing special in-game items, which will be revealed before the 2020 World Finals.

Call of Duty has only been out since October, but with 148 million downloads already this game has already amassed a huge following.

Another mobile game from Tencent, the developers behind PUBG Mobile, among many others. The game aims to recreate the experience of Call of Duty at its peak – 5v5 CQB with great gunplay and well-designed maps.

And to give Tencent their credit they’ve largely done that. If you are a fan of Call of Duty you’ll feel instantly at home playing the mobile version. You can run, slide, gun down enemies, build up killstreaks, and launch drone strikes with all the frenetic energy you would expect from any game in this series.

Classic game modes such as Team Deathmatch, Search and Destroy, and Zombies are all here plus a few extras like Battle Royale. Clan support and a ranked mode allow you to grind on your own or with a squad and as you gain credits and XP that you can trade this in for new perks, operators, guns, and attachments. And if you don’t have time you can fast-track the process by buying COD points.

It is, of course, a first-person shooter and controls work similar to PUBG. Two virtual sticks will get you moving with buttons to shoot, crouch, sprint etc. dotted around the screen. If you are coming from PC or consoles you may find things a little unwieldy, but you will be surprised how quickly you begin gunning down enemies with just a screen for a controller.

On the esport side of things, there isn’t too much – yet. However, this isn’t Tencent’s first rodeo, they have shown with PUBG Mobile they have the ambition and capabilities to nurture and grow a competitive scene. And rumour has that with the success of Call of Duty: Mobile in the US and Europe – and these regions being the traditional home of the franchise – Tencent’s efforts will be focused there.

The first official tournament is set for late December: The COD Mobile Creator Challenge, run by World Showdown of Esports (WSOE) will take place in Las Vegas and feature a $30,000 prize pool.

The biggest mobile esport of 2019 in terms of viewership (excluding China) was Free Fire. Garena unveiled the first international esports event for the game in early 2019 with the Free Fire World Cup. The tournament was held in April 2019 in Bangkok, Thailand and shattered viewership records. It averaged over 600,000 viewers and peaked at over one million people watching.

Building up from the success of the World Cup, the Free Fire World Series 2019 featured regional qualification leagues around the world. Held in Brazil last November, the tournament broke the viewership records set by the World Cup. It peaked at over two million viewers and had an average viewership of 1.2 million people.

While Garena still hasn’t announced esports plans for 2020, the Free Fire community’s passion toward esports has been made clear.

Supercell’s stable of games – Clash of Clans, Boom Beach, and the latest Brawl Stars – have long been a favourite of many mobile gamers. But it is Clash Royale that seems to have the longevity and support needed for an esport.

Its popularity comes down to its simplicity and the melding together of three of the biggest genres in the world, combining elements from collectible card games (CCGs), tower defence, and multiplayer online battle arenas (MOBAs).

The game sees you collecting and upgrading cards and battling players either in 1v1 or 2v2. It’s simple on the surface but has layers of strategy that will have you coming back time and time again.

It also has a well-supported esport scene with the annual Clash Royale League. The most recent one just wrapped up in which Team Liquid won, taking home the lion share of a $150,000 prize pool.

Mobile Legends: Bang Bang (MLBB) is another mobile esport to watch out for. The game has been running esports competitions for over two years now in Southeast Asia, where it’s extremely popular. In 2019, however, the developer Moonton expressed desires to expand the game to newer territories.

The M1 World Championship, the first of its kind for the MOBA game, featured a $250,000 prize pool. In addition to reserved slots for Southeast Asian countries, qualifiers were also held in the U.S., Brazil, Russia, and Turkey. The M2 World Championship will be held in Jakarta, Indonesia.

Expanding to new regions is a steep task for the developers with Riot Games scheduled to release League of Legends: Wild Rift for mobile in 2020, along with competition from other games such as NetEase’s Marvel Super War in which players can battle as characters from across the Marvel universe.

Moonton is ready to take on this challenge, though, since it recently released MLBB 2.0. The launch of MLBB 2.0 includes a faster loading time, a more refined UI, and a completely new map, which makes the game one of the best mobile MOBAs on the market.

When it comes to full-fledged MOBAs on mobile there are a multitude to pick from. Tencent’s Arena of Valor, Mobile: Legends Bang Bang, Vainglory and Paladins Strike. However, none of these (despite suspicious similarities and a number of legal disputes) are from Riot Game, current MOBA king, and the developers of League of Legends.

But that’s all about to change with the release of League: Wild Rift, a brand new MOBA spun off from the League of Legends franchise. The development of this title has a rather bizarre history. Tencent originally reached out to Riot to develop a mobile MOBA based off League of Legends, Riot said it wasn’t possible. Tencent made one anyway and released it internationally as Arena of Valor. Mobile: Legends Bang Bang was next into the market – and this drew the ire of Riot Games and legal proceedings began.

But all that doesn’t really matter now. What is important is that Riot was wrong about the ability to create a MOBA on mobile. These copycat titles proved that mobiles could provide a great MOBA experience and hundreds of millions of gamers were hungry for such a game.

The only thing is the game isn’t out yet. It’s slated for release in late 2020 and will likely be one of the best mobile esports in 2020 – you can rest assured it will be massive.