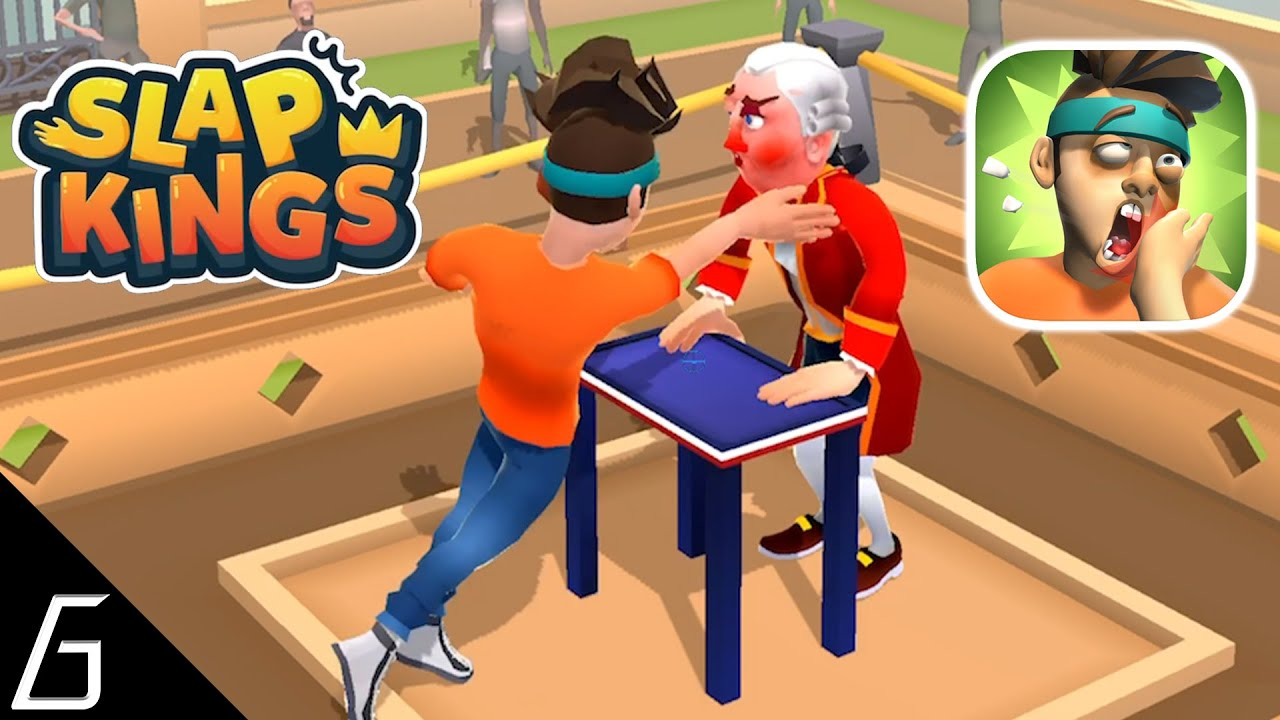 Gameplay in Slap Kings is very simple: during your turn, all you have to do is tap on the screen at the right moment to inflict the maximum amount of damage possible. During your opponent’s turn, on the other hand, all you can do is wait for the blow. If you survive, then it’s your turn again, and so on.

Time to knock out the competition and show them who the true Slap King is!

The meter will return and forth – time it right for max power!

Stuck on a boss? Power up with limited time boosts! Defense helmets to face up to the toughest blows and your ultimate weapon…

4. Chill and have fun

Nice casual, relaxing, smacking good fun. Show them who is the king.

Whether you would like to smack, hit, slap, or fight, this game is for you. Slap Kings is the true slapping champion game.

“Become the world’s best slapper” is the tagline of Slap Kings. Now, no one would really want to be the best slapper in the world, right? But this is a mobile game that was the most popular in the world in March and we thought of checking it out to see what all the fuss was about. Based on a controversial Russian sport,,Slap Kings is all about slapping your opponents hard and mercilessly till you knock them out cold.

Yes, it is exactly what it sounds like. You get one character who has to just slap opponents till one competitor is knocked out. Each player gets three shots. There is a “slap-o-meter” that appears in the middle of the screen and you have to tap on it at the right time to deliver a tight, hard slap. There is a health bar that shows how soon you can be knocked out by the opponent. There are some additional features like Power Boosts available for a limited time. Defense Helmets can cushion a number of the toughest slaps.

As you move up the rung, the opponents get tougher and you have to work harder to knock them out. You have to work on your health bar  which can be improved by earning coins and by watching certain ads. Speaking of ads, there are plenty of them in the game. The power bar , the force you can slap your opponent with  has to be increased every now and then to emerge victorious.

If you are comfortable with mobile gaming, then you can become really good at this in a couple of attempts.

Is it addictive? The number of downloads , 35.6 million in March , certainly indicate that.